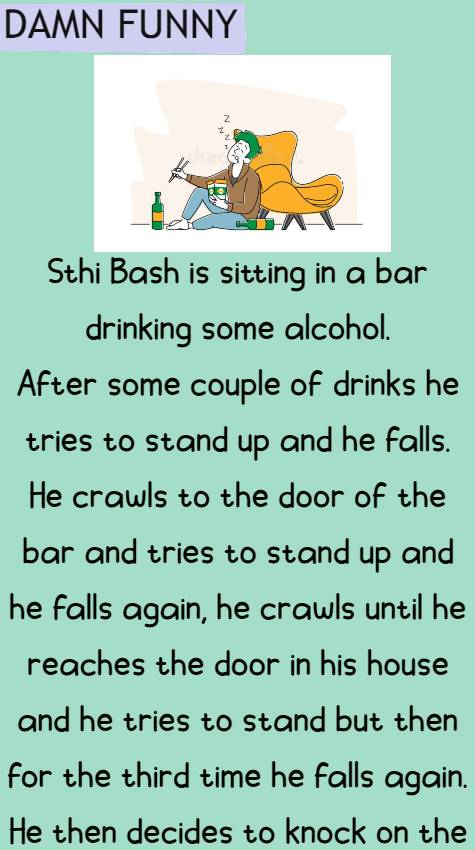 Sthi Bash is sitting in a bar drinking some alcohol. After some couple of drinks he tries

falls again, he crawls until he reaches the door in his house and he tries to stand but

then for the third time he falls again. He then decides to knock on the door while he is

on the ground. His wife opens the door and surprised

she asks him, “Where the hell did you leave your wheelchair?”