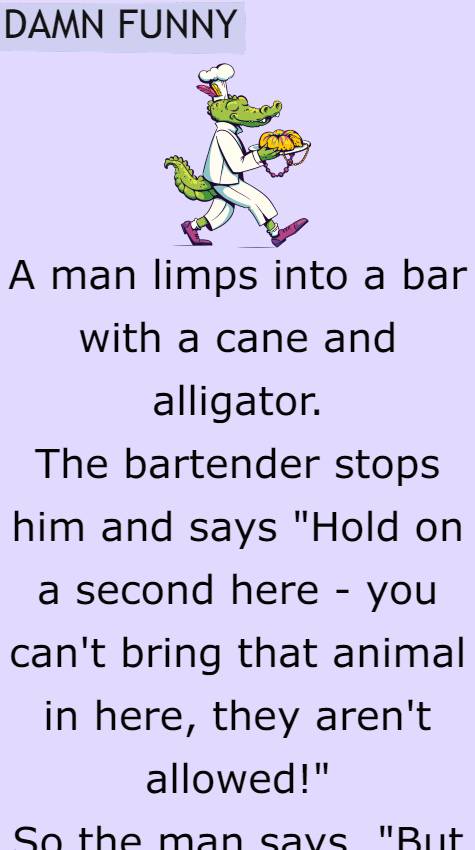 A man limps into a bar with a cane and alligator. The bartender stops him and says

“Hold on a second here – you can’t bring that animal in here, they aren’t allowed!” So

the man says, “But my gator here does a really cool trick…” The bartender says “Well

then, lets see!” So the man whips out his dick and shoves it in the gators mouth. He

then takes his cane and starts bashing the gator in the head with it. A crowd gathers

scratch. He looks around at the crowd and says, “Does anyone else want to try?” An

old lady raises her hand and says…”Sure, but don’t hit me with that stick.”

A man and a alligator
A cruise ship founders on a reef
A doctor walked into a bank...
A new guy in town walks into a bar and reads