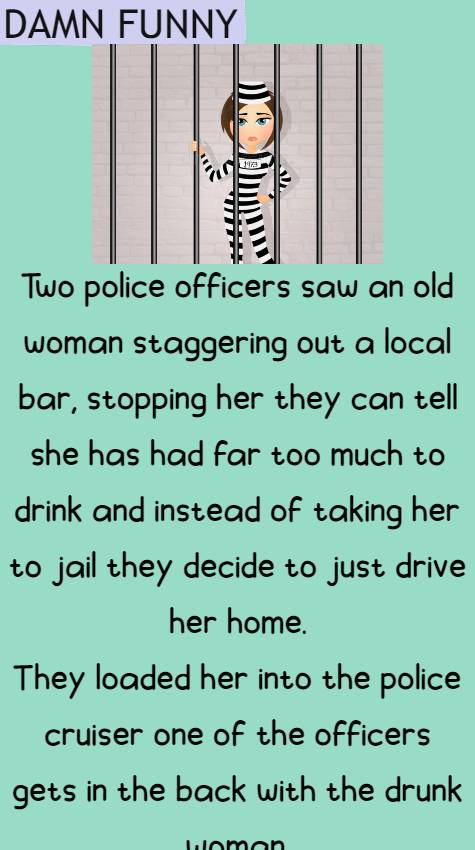 Two police officers saw an old woman staggering out a local bar, stopping her they

to just drive her home. They loaded her into the police cruiser one of the officers gets

in the back with the drunk woman. As they drove through the streets they kept asking

the old woman where she lived, all the old lady would say as she stroked the officers

arm is, “You’re Passionate.” They drove awhile longer and asked again, but again the

same response as she stroked his arm, “You’re Passionate.” The officers were getting a

little upset so they stopped the car and said to the woman, “Look we have driven

around this city for two hours and you still haven’t told us where you live!” She replied,

“I keep trying to tell you, you’re passin it!”

The best of DINGSDA! Beautiful kids sayings!
A man in a bar had a couple of beers
A girl decides to learn and try horse back riding..
Hillary Clinton goes to a gifted-student primary school in New York to talk about the world...
Loading…