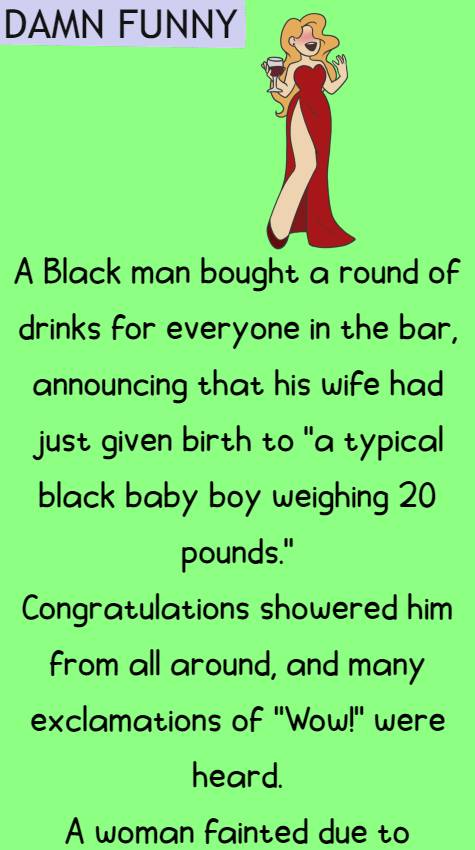 A Black man bought a round of drinks for everyone in the bar, announcing that his

wife had just given birth to “a typical black baby boy weighing 20 pounds.”

Congratulations showered him from all around, and many exclamations of “Wow!”

were heard. A woman fainted due to sympathy pains. Two weeks later, he returned to

the bar. The bartender said, “Say, you’re the proud father of an amazing black baby

who weighed 20 pounds at birth. How much does he weigh now?” The proud father

answered, “Fifteen pounds.” The bartender was puzzled. “Why? What happened? He

weighed 20 pounds at birth?” The father drank the bottle of whisky at one go, wiped

his lips on his shirtsleeve, leaned into the bartender and said, “Had him circumcised.”

Everyday madness
Woman Shocks Doctor When She Says This After An Exam..
A man came back home after four years..
Pink elephant
Loading…